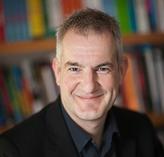 According to a study listed in the journal “Psychiatry Research”  “Being tall is associated with greater career and relationship success.  Height is taken to convey authority and we feel taller when we feel more powerful,” said Daniel Freeman of Britain’s University of Oxford, who led the study.  He explained that in this experiment, when people’s height was virtually reduced, they felt inferior and this caused them to feel overly mistrustful.  “This all happened in a virtual reality (VR) simulation but we know that people behave in VR as they do in real life, “ Freeman added.

No mention of prejudice against the short-statured.  No mention of hatred toward the short (Just read the “Heightism Report”)  It’s “all in the mind” of the short person.  There’s no mention from this “distinguished” researcher about prejudice by society against people who are shorter than average.  In other words, “It’s your fault that you “feel” the way that you do, little man”.  They put the VR goggles on and by George, that’s reality.  We know that people behave and feel in the real world the way they do with the Goggles on.

This is nothing but a “Rush To Judgment” of The Short-Statured, and from Oxford University no less.  We hate to say it, but if a “study” was done and the same conclusions stated about any other group, and the head researcher made the statements that he made about short people, ABOUT any other group; and we mean ANY OTHER GROUP – he would very likely be on the unemployment lines the very next day.  Organizations representing that group (whatever group it is – racial, ethnic, religious, sex, sexual orientation, etc.) would be making complaints long and loud about prejudice and stereotyping.  However, when it’s short people involved, all bets are off, so-to-speak.  It’s always the short person who is at fault.  It’s always the short person, who has a “complex”,  It’s always the short person who  needs to “change”, and of course “we know that people behave in VR as they do in real life”.

One thing is for sure, and that is that short people and short men in particular must start taking responsibility for the incredible discrimination that is heaped upon them from the ‘Twits of Twitter’ all the way up to the prestigious crème d la crème of Oxford University.  We are at a loss to explain what this so-called “academic” Daniel Freeman was thinking when he made the above statements.  In our opinion Mr. Freeman is no better than the uneducated adolescent imbeciles who make the incredibly hateful and bigoted comments on Twitter – and get away with it – all with the Twitter folks looking the other way.  Mr. Freeman is no different than any Height Bigot off the street.  Of course, he won’t face any consequences for it though.  If Freeman made the same statements based on race, religion, skin color, sex, sexual orientation, or any one of a host of other traits that he said about being short, his career would have been "cut short”.  And that kind of “short” would be a good thing; not only for short people, but for idiots like Daniel Freeman.